The Emperor Emerges from the Mountain

Two months before, on 8 December 1898, Hausegger, according to comments in the printed score, had begun his actual work on Barbarossa. The high spirits resulting from his recent double success as a conductor and a composer, this confident and knowing awareness of his own »calling« (as I see it: against all the Badenis of this world!), create for us the picture of scenarios that no stage set, no matter how splendidly designed, would be able to represent: everything fluted, trumpeted, and violined toward the continuation of the work-in-progress, and powered by this self-generated energy source he steamed homeward to deliver his rapturous report in person and to engage in the act of musical creation while reckoning least of all – with finding his father on his deathbed.

In the first part I shed sufficient enough light on the relationship between Friedrich and Siegmund von Hausegger – so that any halfway sentient being will be able to imagine the magnitude of the loss with which the son would have to cope after that fateful 23 February 1899: »His father […] was not merely his father but also his teacher, his friend and advisor. Admittedly, one has to have known this rare man, this magnificently self-contained personality, in order to understand what this means.« Hausegger’s Graz friend and »propagandist« Oscar Noë wrote these words in 1906 in his contribution to the Monographien moderner Musiker. (2) He knew from his own experience that his words were not empty ones, for he too had profited from the knowledge and views of Dr. Hausegger. Moreover, he had been able to observe from a front-row seat how a promising talent had developed in the person of his gifted friend Siegmund, who was only three months his junior – hardly perceptibly guided, stimulated, and corrected by subtle impulses, led artistically in general and creatively in particular on an invisible leash that had to be drawn tight only in the vicinity of shallow and tasteless things – which, however, only rarely would have occurred, given the boy’s childlike seriousness of purpose.

However, this or that esoteric might like to consider just when it was that Friedrich von Hausegger left this earthly sphere. His principle of not interfering with his son’s creative affairs might have brought him into an (unconscious?) aesthetic »conflict of conscience« with his personal, thoroughly articulated aversion to any type of program music – after all, a few days before his death he could read in the Grazer Tagblatt how things had gone for the young Siegmund with his Dionysian answer to Don Juan, and he must have known that Barbarossa would be of even more programmatic caliber than the compact self-portrait preceding it. Another success like this from his own house, and some of the supporting pillars of the fine theory of Musik als Ausdruck would have begun to crumble. 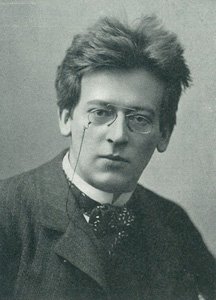 After this brief side-glance at the »beyond of the artist« and philosopher we now return to the solid ground of the facts, which are clear enough. For Siegmund, who would turn twenty-seven on 16 August, the »carefree happy days of youth« had suddenly ended. What he now had to do was to reorient himself. The post of the second conductor with the Kaim Orchestra made it impossible for him to commute between Munich and his native Graz. And what this meant was: closing up the family home, moving out (along with his mother Hedwig), moving in, unpacking, sorting, and all the everyday tasks that at least for the time being might dampen even the most glowing idealist’s eagerness for further world-redeeming creations. However, it appears that the artist, by now a grown man, quickly established himself. Soon the signs multiplied pointing to a very lucky hand for selecting and performing the symphonic repertoire that he included in his Munich programs – and on 3 September 1899 he concluded the score of Barbarossa after having let it lie for several months.